A Dance with Creation

Today I have danced with ”The Merry Maidens” - a dance of the creation of DNA . Such a joyful dance with the maidens swirlin round and round as the DNA spiral was weaved to create the seeds of My dreams. The maidens followed My intent to set sail for a new chapiter in My Life, the wind of change was so present and the seeds of a new vibration in My DNA was planted.

The Journey continued to ”Mên- An-Tol” to the Stone of truth. As I walked towards the Stones I was accompanied by humans from very long time ago, they told me about all the regrets they had when they had used the stone as a way of clarifying If someone was telling the truth or not and all the judgment that had been sentenced. I Listened and embraced it and allowed pure light and love fill me and all was released in peace.

The beauty of the Stones revieled itself when I was sittning having lunch among them. A Young woman with her boyfriend, Mom and Dad came by and did a ritual to help the girl get pregnant. She crawled through the Stones 9 Times, Mom crawled with her when she thought it was to hard and Dad supported with cheerful words. After that Two Young men crawled throug, one claimed his back pain was gone after the last time he did This.

I was told, by the girls father, that the stone had Two gifts - to help women get pregnant and to heal physical pain, especially arthritis. So I had to give it a try! 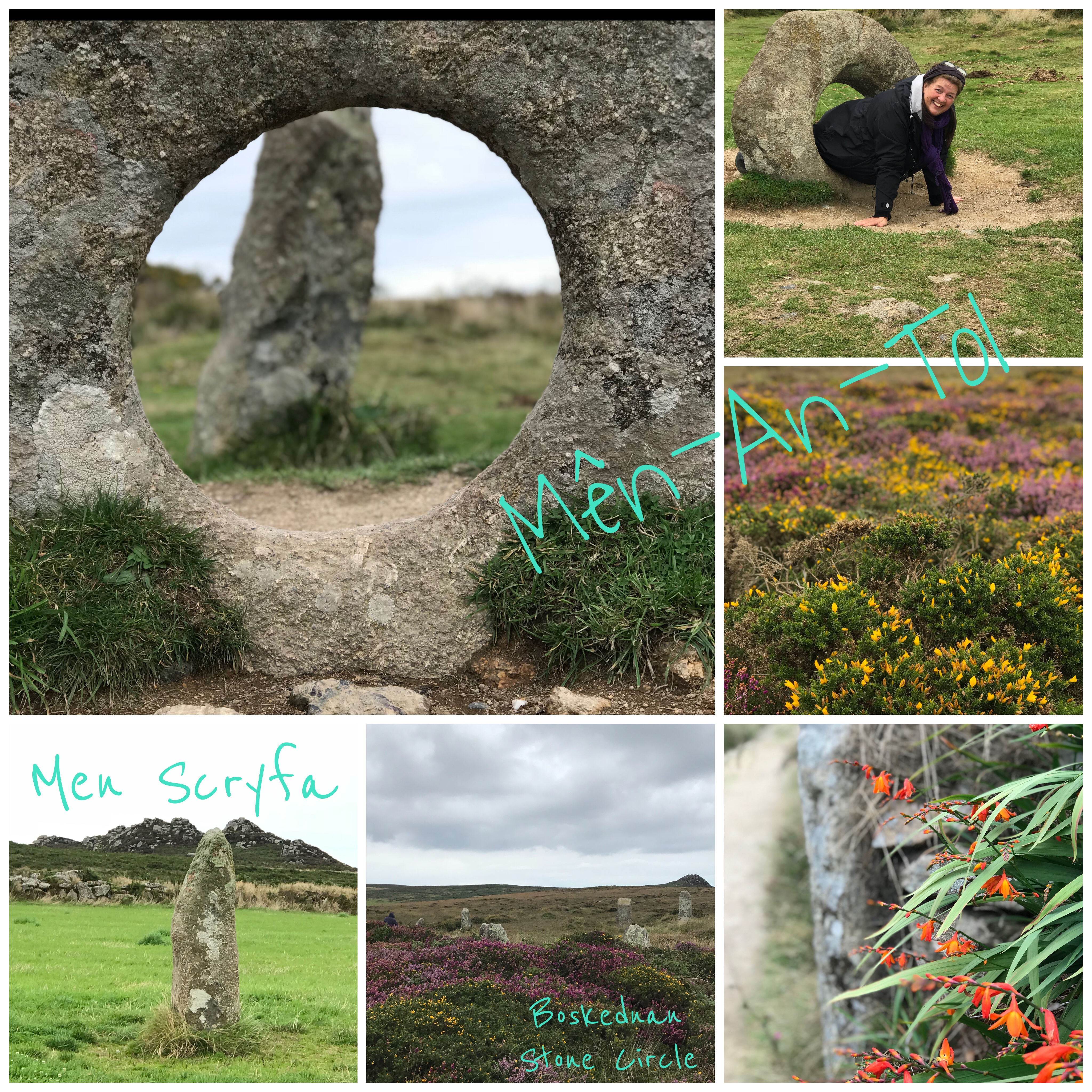 Before I went through I stood with My hands on the stone going into communication with it. It told me that it was in direct contact with the underworld and whatever physical dream that was wished for got planted in the womb of mother earth. So I made My wish and asked How many Times I was going through the stone. Two Times, one in each direction Said the voice of the stone.

I could really feel the direct connection of the earth in My navel. After the crawl I thought I was done but the guardian of the place Said that there was more to do, so I followed the directions of tiny earhbeings that appered and went for a long walk up the hill. At the top there was two stone circles, one Masculine and one feminine, as I entered each of them I could feel the Seed that was planted in the underworld, growing and enter the middleworld , spouting and reaching for the sky.

Once again I was told that there was more to do, so the Journey continued down on the other side of the hill where I ended up at a Single standing stone.  I was told by the guardian of the stone to walk 7 times clockwise to let the Seed that had become a sprout to connect to the upperworld and start blossoming.

A wonderful magic day of creation guided by beautiful guardians of each sacred site. Thank you so much for all the conversations, all the magical meetings and the beauty of walking softley on mother earth belly.

There are no comments yet. Be the first one to leave a comment!